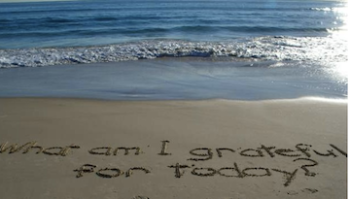 Met an 18 year- old today who knows it. He was sitting in the lifeguard chair while I swam laps. Never seen him before. Here he was overlooking a pool full of old, white-haired ladies but he just seemed happy up there. He even gave me a big smile and a wave as I was leaving. So, I stopped to talk to him. Turns out he graduates from high school in a few months and has decided to go into the service. Figures it will give him some good training and then help pay for his college.

I stopped for a moment and thought about that. I know a ton of kids his age right now who are scrounging around for phony ID’s and trying to be older than they are. I also know a ton of older folks getting plastic surgery and lying about their ages.

“Wow.  You’re a smart young man,” I finally said. “If you are happy being young and just who you are NOW, you will be equally as happy being old when you are old, as well.”

He paused a moment to think about that, too.
“Yeah,” he replied. “I probably will.”

Somebody bottle this kid and sell what he has to all those folks at any age who always seem to want to be ahead of or behind where they are. There’s no going back and you sure can’t skip ahead. Better love who and where you are right now. Frankly, it’s all you really have. He knows that. Do you?

5 thoughts on “THE SECRET OF LIFE”