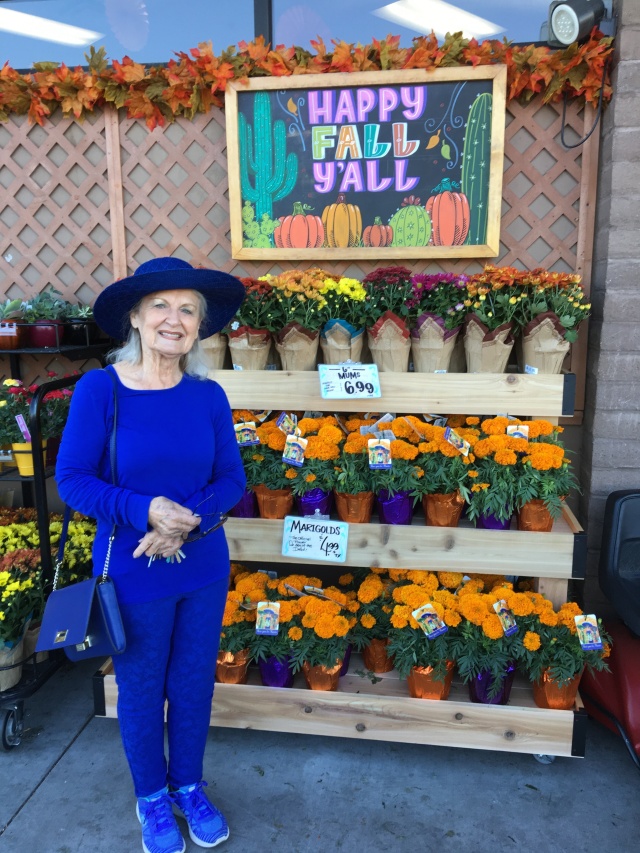 I met this lovely gal at Trader Joe’s this morning. She was such a knockout in all blue that I asked her to, “Stand right where you are because I MUST take your picture!” She had just finished her 2 ½ mile daily walk, was grabbing some groceries then headed off to one of her two part-time jobs. Her gait was lively, her smile quick and her enthusiasm for life, palpable. Lani is a force and I was inspired not just because of her person but her chronological age. Can you guess it?

One of the best things about aging is that we’ve had years to learn that not only can you not judge a book by its’ cover, you can’t count on the cover to even give you a book. We make a lot of assumptions about others that are wrong and it can affect both our health and psyche negatively. Malcolm Gladwell’s new book, “Talking to Strangers,” gets at the heart of our prejudices and presuppositions about others. He writes, “When it comes to judgments about our own character and behavior, we are willing to entertain all manner of complexity but when it comes to making those same judgments about others, we are depressingly simplistic.”

Such is the case for Olympic athletes. One would assume that all three medalists would be equally ecstatic. It turns out that silver medalists are the most depressed ones on the podium. They have just missed the gold and their disappointment is much greater than the bronze winner who is thrilled to have medaled at all. Researchers have even shown higher rates of depression among silver medalists. It seems that most of us are victims of ‘counterfactual thinking.’ That is, instead of rejoicing in “what actually is,” we compare our objective achievements to what, “might have been.”

That, of course, is the toughest thing about aging: accepting what is and letting go of what was. Scientists know that what truly ages us is the eventual breakdown of our cells and their ability to repair themselves and divide. Recently researchers from the U of A have discovered that by altering the sleep patterns of cells they may be able to slow down the aging process. For now, though, that aging process is zipping by for most of us. The important thing is to shine in the moment—like Lani, who is 81 years young!!