Apparently I’m now at the age where no matter what doctor I go to when, there will always be something wrong. Last week I saw the eye doctor: “You have cataracts on both eyes but the right eye is much worse. They’re slow growing so you don’t have to operate yet.” Then I went for my yearly skin exam: “That’s a pre-cancerous lesion on your arm so I’m going to remove it.”   Out came the hypodermic and a razor blade. 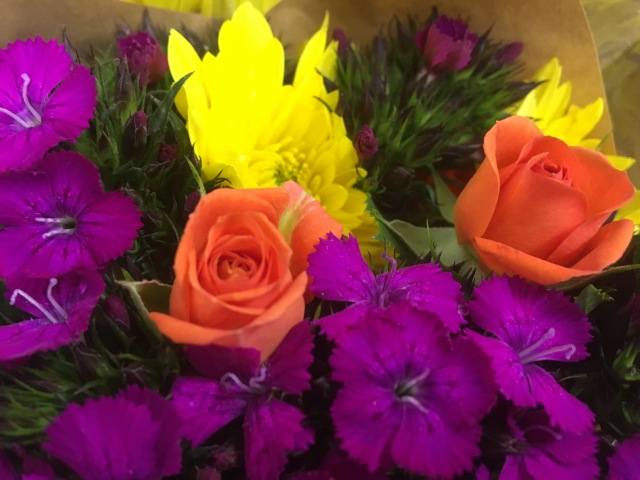 My next stop was the dentist for a routine cleaning. Easy peasy, right?  2 ½ hours later, I left with a very sore mouth. Apparently, there has been a shadow on my x-rays for the last three years, which my previous dentist didn’t catch. A piece of cement from an old crown that had not been removed had led to a gaping pocket and bone loss in my jaw.

What next? I can only imagine. Now all of this is quite minor compared to friends who’ve had strokes, cancer or ended up as one pal has with a body-wasting disease. However, it’s not fun so I’ve come to a decision: in between doctor visits I’m going to find as much joy as possible. That means surrounding myself with people who enjoy my company; making others laugh when I can and yes, occasionally doing Tarzan calls on the Pickleball court and beating my chest.

I’m also going to be sure that I take in as much beauty as possible. To that end, I went to Trader Joe’s this morning and didn’t buy a single thing. Instead, I took my camera and snapped everything that looked beautiful to my eyes and I’m sharing it here with you. Enjoy!