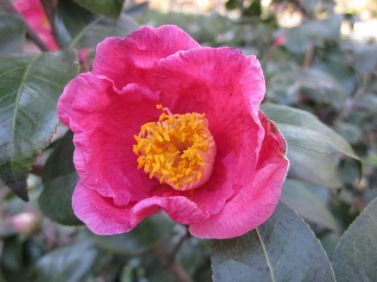 Scientists in London have just released some startling news. They have discovered that Metformin, a common diabetes drug, can actually slow down the aging process. It increases the oxygen molecules released into a cell, which in turn rejuvenates our bodies and stops us from getting old. They are so confident in this new study that they predict we will soon live to be 120!!

Contrarily, a recent article in the, “Journal Of The American Medical Association,” says we are living too long. “Due to advances in modern medicine, better dietary habits, and a greater overall quality of life, the current life expectancy for someone living in the United States is unfortunately 78; it should be 58, tops,” Dr. Francis Zhu told reporters. “Science is allowing U.S. citizens to live well beyond the point at which anyone could explain why they’re still alive. By the time they reach 60, Americans really have nothing more to offer.”

What? Grandma Moses didn’t pick up a paintbrush until her 80’s, Laura Ingalls Wilder didn’t write, “Little House on the Prairie,” until her 60’s, and Noah Webster didn’t finish his dictionary until he was 66!

The efficacy of living to 120 in our already over populated and polluted world, gives me pause. Do I really want to live to see my child turn 100? Haven’t psychologists told us that real maturation happens as we lose the elders above us? At that age will I even be able to understand a world advancing so quickly? I already struggle with my Mac.

Will there be enough food for all of us? If not, will all those over 100 be shipped to Mars, able by then to live on mere stardust? Sure, bowhead whales live for centuries. Glass sponges live for 15,000 years, and turtles are technically stuck as teenagers for centuries!! But people?

A new clinical trial is scheduled to begin in the U.S. next winter. Scientists are recruiting 3,000 70- to 80-year-olds who have, or are at risk of, cancer, heart disease and dementia. I’m not signing up. It’s not about the number of years we have but how we spend them. I don’t plan to be genetically modified, surgically enhanced, or have my body parts replaced. Right now I’m on the topside of the daisies. When it’s my time, I plan to push them up from below—with gusto!