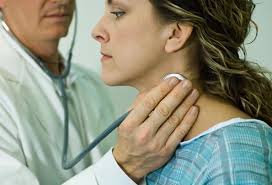 For some stupid reason, when I turned 50, I decided that I should get an official physical. Not only had I lived half a century, I felt super-duper! The doctor poked everywhere, made me pee in a cup and sucked the marrow of my veins with waspy-looking hypodermics. The nurse measured and weighed me. I was certain I’d be found the absolute picture of health.

Well, not exactly. Two hours later I was told I had, “advanced degenerative arthritis in both knees.” In addition, I had “scoliosis of the spine,” which, “could be corrected by surgery,” but there would be, “a risk of paralysis.” During the EKG, a heart murmur was discovered, along with “mitral valve regurgitation,” meaning the heart flap didn’t completely close with each beat. Oh, and my cholesterol was 281, with absolutely NO good cholesterol and lots of super bad. Finally, an echocardiogram determined that my left carotid artery was 60% blocked.

In all, a stellar report? Well, not so much. But know what ticked me off the most? My chart said that I was 5 foot 6 inches!!! THAT made me mad. I had been 5 foot 7 for as long as I could remember. In fact, I made the nurse measure me a second time just to be sure. “5’ 6”” she announced in a snippy, starched voice.

So, after the doctor droned on about what meds I needed to take and how I should consider surgery, all I could think about was, ‘Where did that INCH go?’ When he finally shut up, he asked: “Now, is there anything else I can do for you?”

“Yes,” I replied. “You need to measure me again. I think there is something wrong with your nurse’s eyesight. She said I was 5’ 6” and I know for a fact that I am 5’7.” He was not pleased. Reluctantly, he stood me on the scale and raised the metal bar. I stretched as high as I could with my physical body and then stretched even higher in my mind

“Five foot six,” he confirmed. “We get shorter as we age.”

So, here’s MY diagnosis as to where that inch went: work, travel, marriage, childbirth, mothering and a lifetime of memory-making. Know what?  I am a medical marvel!!:  Think of me as a 115-pound bundle of valuable assets: all 5’ 6” of them.

3 thoughts on “INCH BY INCH”