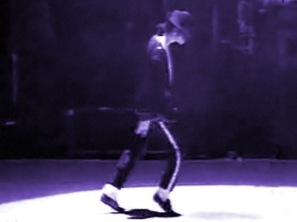 Noted neurologist, Oliver Sacks, says that music “utilizes more parts of the brain,” than any other activity we engage in. In the documentary, “Alive Inside,” he also notes that music is “one of the last things” to leave a memory destroyed by Alzheimer’s. https://www.google.com/search?client=safari&rls=en&q=alive+inside&ie=UTF-8&oe=UTF-8#kpevlbx=1

After watching the film myself, I decided to put together my own playlist on my iPod. I wanted songs that I liked to sing along with, like Don Henly’s, “The Boys of Summer.” I also wanted songs I listened to on my transistor radio when I was a kid, like Del Shannon’s, “Runaround Sue.” Then I added songs that make me nostalgic, like Karla Bonoff’s, “Wild Heart of the Young.” Couldn’t forget my husband’s and my dating song, Roger Voudoris’s, “Get Used To It.” I threw in some Barbra Streisand and lots of Chopin for good measure. No play list is complete without “In a Gada da Vida,” by Led Zeplin, which I added simply so I could impress the other nursing home residents with my mastery of the drum solo. Lastly, I added lots of Michael Jackson songs, because he just makes me want to dance!

Guess you could say I’m prepared. Now, I might be lucky and never lose my memory, but if I do? I hope someone puts those headphones on me and pushes, “PLAY.” Then look out, because in all modesty, I still do a pretty darn good, “moonwalk.” Just ask the passengers on that Southwest flight from San Francisco to Nashville last week. Oh yeah…. And if you have any song ideas of your own that I should add, post them here. I’m still a work in progress.

One thought on “PUSH “PLAY””