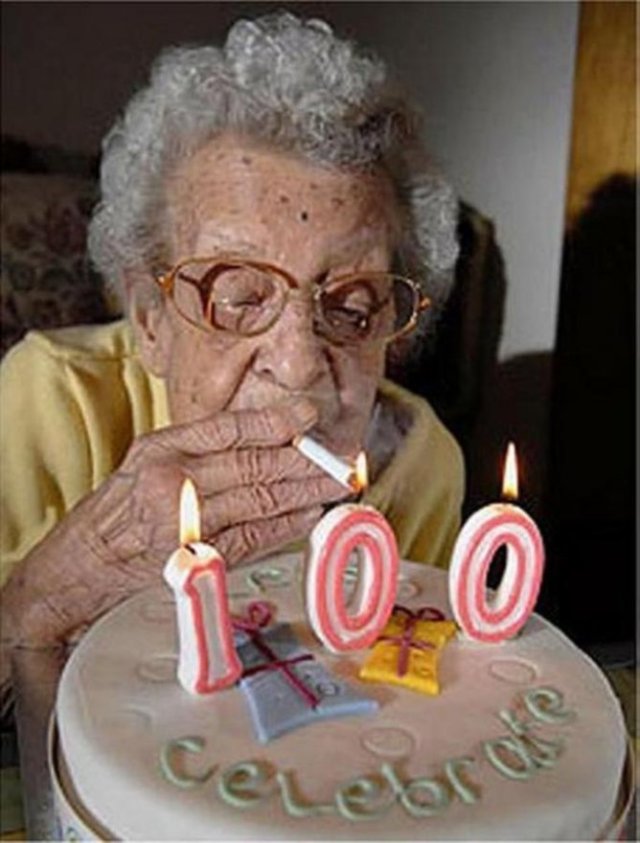 Imagine being born before Alexander Graham Bell invented the telephone—and not dying until cell phones were in use. Such was the case of Jean Calment, a woman from Arles, France who lived to be 122; the oldest living person ever documented. She not only outlived her husband and children, but her own grandchildren as well. The kicker? She smoked cigarettes for 100 years. No, that is not a typo.

Was it good genes, diet, exercise? Not sure. Jean told people that she ate olive oil every day and even rubbed it on her skin. “I only have one wrinkle,” she said, “and I am sitting on it.”  She also enjoyed 2 lbs. of chocolate per week and swore that drinking good Port wine was essential. But I don’t think that was it either.

Here is my take on her longevity. One researcher noted that she seemed, “almost biologically immune to stress.” As Calment said herself, “If you can’t do anything about it, why worry?” She also told others that even her name meant ‘calm’ and that was how she had lived her life. Indeed. Why worry? Perhaps that simple letting go of what you cannot change will increase your happy years ahead.

So, my hat is off to this gal who once sold colored pencils to Vincent Van Gogh. She has set the bar for those of us who fret over the many things we simply cannot do anything about. For the record, Jean did quit smoking at the age of 115. I have to wonder though if it was simply because she could no longer see well enough to light it.